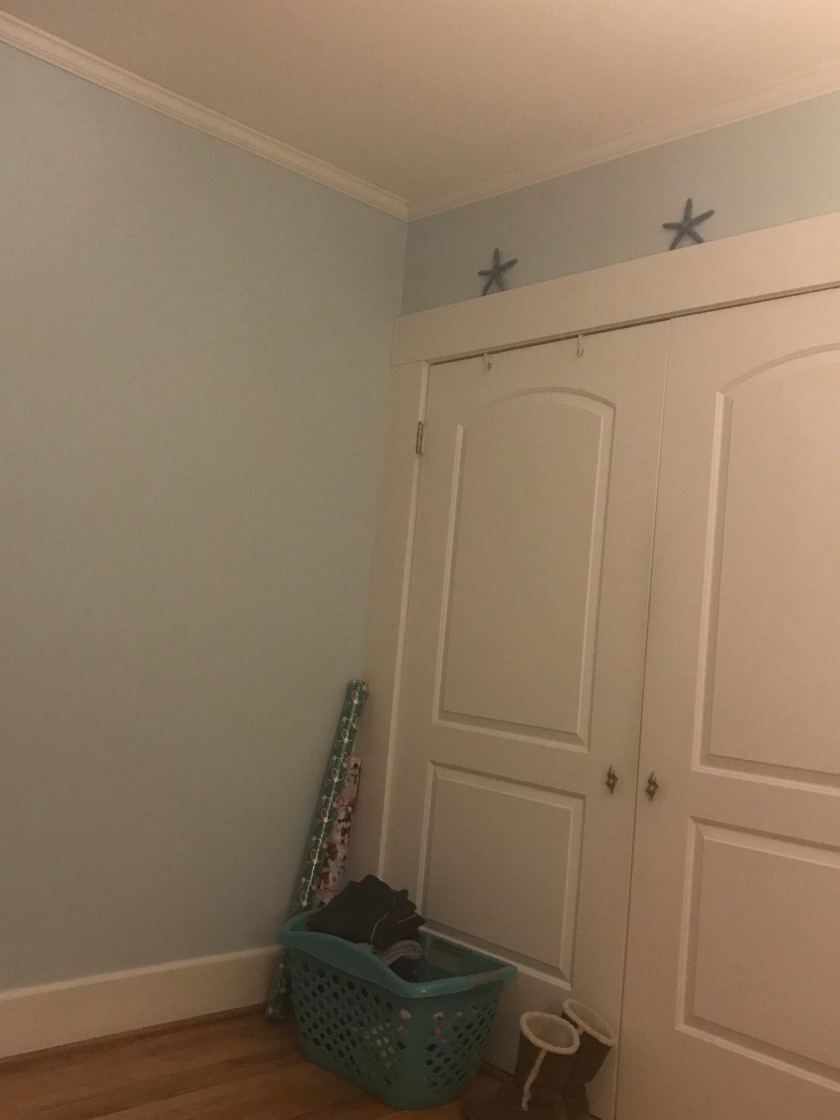 Have four walls ever driven you nuts?  A lot of the south is currently covered in snow & in an Arctic Tundra.  Think of how you begin to feel after being cooped up in a house staring at the same four walls, this would explain my life to a T over the last 13 years or so.  As we continue to pray for Jack to be helped by medication and/or through Divine Intervention, four walls is what we are still faced with.  Jack still continues to lie in his bed day after day, spending 23 hours & 45 minutes a day in his bed with his computer & iPad in hand.  The 15 minute break he takes from his bed are the few minutes it takes for him to go to the bathroom which is only once a day.  He refuses to shower, refuses to visit with anyone, refuses to interact, refuses to go to the doctor.  I keep hoping & praying for a change & wonder when the change will come or if ever.

Thankfully, I have never been the victim of a home invasion, attacked by another person other than Jack, or abuse (let’s face it, if it were anyone else, I would use the bat in my trunk on them) but I sympathize with the fear victims have & continue to have due to violence because of Jack’s violent attacks on Lee & myself.  I never really thought much about PTSD.  Never had feelings either way regarding the disorder, but I understand how one can develop it.  I often have flashbacks of Jack lashing out creating a taste in my mouth that is indescribable.  Have you ever tasted fear?  It is not a good taste, a taste so bitter & different than anything else that you will never forget it.  Most of the time, I am home alone with Jack during the day & that comes with a reasonable amount of fear.  Fear that he may get out of hand with me home alone & unable to get to a phone.  If I don’t answer a question like he wants me to respond, there could be backlash, if I don’t agree with him, he gets testy, the only way to describe him is ill or as my Daddy says, an ill-box.  And I just don’t know how this all happened.  The smiles are rare & the sparkle in his eyes has vanished.  The obsession with his computer & iPad is unlike anything I have ever seen before.  He is unable to break free from either for anything & that includes eating.  You have to treat our home like the study library at Duke University!  Extra noise from visitors or from us can be & has been negative stimuli for Jack, getting him riled up.

So now you know why these four walls can make me nutty.  My winter days are often spent day in & day out staring at the same walls.  I can’t say, Jack load up, we’ve got to run to the post office, grocery store, Nan’s, etc…  It doesn’t work that way.  In order to keep the peace, we must do what Jack says.  I know I said I would continue to part 4 in the next blog, but I felt compelled to write about what cabin fever really is.  It’s not stuck in the house a few days because you are snowed in, it’s not being laid up with a sprained ankle (which I just had last year) & require bedrest, it’s not because someone had to reschedule a lunch date, true cabin fever for us is being at the mercy of another person.  In this house, we all are at the mercy of Jack.  What we do & when we do it all depends on how Jack is, what sort of mood he is in.  If we have something planned, the question Coleman & Ava always ask is, “who’s watching Jack?”  No task is easy at this house.  Every single detail must be planned out in advance.  If we need to do a family outing when other family members need to be with us, then we have to pay someone to watch Jack.  Now, we have been blessed with a wonderful person that helps us with this, Linda Teal.  I know Jack is in great hands with her & our family is so thankful to have her.  Linda is the reason I am able to work at The Berry Patch in the summer so that Lee can farm.

Have your ever experienced a surreal feeling?  I have Thanksgiving 2016-not that long ago really.  Jack asked me to take him to the movies to see The Good Dinosaur.  I didn’t mind because Thanksgiving night is always depressing to me any way, everyone is full & sleepy in our family any way.  None of the other kids wanted to go either.  It was just Jack & myself.  On the way to the movies, Jack never once touched his iPad, instead he conversed with me the entire time, saying sweet things like I was the best mom (he is southern, don’t know where he gets mom from haha), it was a wonderful night.  Once home, I reflected on our night.  I thought it was actually one of the best nights of my life!  This was the last time Jack asked me to take him somewhere just he & I, the last time he would want just us two to do something special together.  This did not hit me until the other day.  I now know why that experience was so surreal, because it was the last time Jack would ask for special time.  I am thankful to of recognized that night as being special or else I wouldn’t be able to reflect upon it.  If you experience a surreal moment, take it in-there’s a reason for it.

People have told me that I need medication but I don’t think so.  I always think that I have handled an extremely difficult situation well.  I don’t wallow too much & try to find comedic relief in lots of ways.  There is no pill that could make me feel any better.  No pill to make me not be fearful of what the day could bring.  No pill that could mask the sadness of what our lives & Jack’s life has become.  No magic pill to make me less testy.  These four walls aren’t so bad.  Yes, they might need a touch up here & there, but as long as Jack is not raging, then my four blue walls will be one of the building blocks to help keep me standing.

5 thoughts on “These Four Walls”